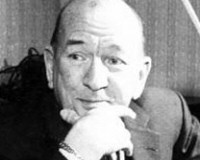 The glamourous home and workshop of author Noel Coward.

Description: In 1931 the famous English author, actor and playwright Noel Coward left his mother's boarding house in Pimlico for this house where he lived for 24 years.

It was a former coachhouse and artists studio complete with gallery and miniature stage where he could practice in private.

Virginia Woolf once described Coward as clever as a bag of ferrets and trivial as a perch of canaries. His best known songs include Mad Dogs and Englishmen, Mad About the Boy, Some Day I'll Find You and I'll See You Again.

Coward left his home in London in 1956 and moved to Jamaica, where he built a small retreat called Firefly Hill.