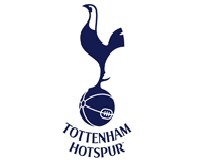 The place where the original Hotspurs were formed.

Description: The history of Tottenham Hotspur began here under a street lamp just across the road from what is now the Spurs Store on High Street.

Some players from the local cricket club and the local grammar school - St John's Presbyterian - were at a loss as to what to get up to during the summer of 1882 and so they decided to start playing football.

Unsure about what to call themselves, they named themselves after the youngest son of the Duke of Northumberland, Percy, who went by the nickname of Harry Hotspur. It was the valiant nature of his derring-do heroics, that they thought it was an appropriate title to adopt, and so Hotspur FC was born.