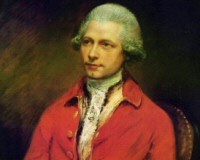 This is where's John Joseph Merlin's Cave used to be.

Description: This is where John Joseph Merlin's shop (called Merlin's Cave) used to be, full of mechanical clocks, toys, games, and contraptions.

Born in Liege in 1735, Merlin moved to London in 1760 and was one of the best-known metropolitan mechanics, deviser of new harpsichords and clocks, entrepreneur of mathematical instruments and wondrous machines.

As he rose through fashionable society, Merlin hung out with the musical Burney family, figured largely as an amusing and eccentric table-companion, and 'a very ingenious mechanic', in Fanny Burney's voluminous diaries, sat for Gainsborough, and used his mechanical skills to devise increasingly remarkable costumes for the innumerable masquerades then charming London's pleasure-seekers. To help publicise his inventions, Merlin appeared at the Pantheon or at Ranelagh dressed as the Goddess Fortune, equipped with a specially designed wheel or his own newfangled roller-skates, as a barmaid with her own drink-stall, or even as an electrotherapeutic physician, shocking the dancers as he moved among them.

Merlin ingeniously prowled the borderlands of showmanship and engineering. He won prestigious finance from the backers of Boulton and Watt's new steam engines.

He opened his Mechanical Museum in Hanover Square in the 1780s. For a couple of shillings visitors could see a model Turk chewing artificial stones, they might play with a gambling machine, see perpetual motion clocks and mobile bird cages, listen to music boxes and try the virtues of Merlin's chair for sufferers from gout. After unsuccessfully launching a plan for a 'Necromancic Cave', featuring infernal mobiles and a fully mechanized concert in the Cave of Apollo, he began opening in the evenings, charged his visitors a shilling a time for tea and coffee, and tried to pull in 'young amateurs of mechanism'.

Charles Babbage was one such inspired customer, Merlin took the young Devonshire schoolboy upstairs to his backstage workshop to show some more exotic delights. 'There were two uncovered female figures of silver, about twelve inches high'. The first automaton was relatively banal, though 'singularly graceful', one of Merlin's well-known stock of figures 'in brass and clockwork, so as to perform almost every motion and inclination of the human body, viz. the head, the breasts, the neck, the arms, the fingers, the legs &co. even to the motion of the eyelids, and the lifting up of the hands and fingers to the face'.

Babbage remembered that 'she used an eye-glass occasionally and bowed frequently as if recognizing her acquaintances'. Good manners, it seemed, could easily be mechanized. But it was the other automaton which stayed in Babbage's mind, 'an admirable danseuse, with a bird on the forefinger of her right hand, which wagged its tail, flapped its wings and opened its beak'. Babbage was completely seduced. 'The lady attitudinized in a most fascinating manner. Her eyes were full of imagination, and irresistible'. 'At Merlin's you meet with delight', ran a contemporary ballad.

Merlin once created an improved version of the roller skates and showed off his new invention at a party by roller skating while playing the violin. Unfortunately, he wasn't paying enough attention to where he was skating, and crashed into a large mirror, ending both his roller skating and violin-playing careers.