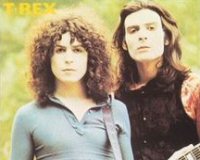 This is where T Rex recorded their first demo's.

Description: This is where legendary American record producer Tony Visconti moved into after settling here from the US. This is where the first ever T Rex demo's for their first album were recorded which led to their and Marc Bolan's super stardom and later lead to over 6 album's with David Bowie.

One of Visconti's greatest successes was Electric Warrior, the album that made T. Rex frontman and mastermind Marc Bolan a superstar and cemented Visconti's producing credentials. Initially, Visconti and Bowie, along with guitarist Mick Ronson and drummer John Cambridge, formed and toured with the band Hype in which he played bass.