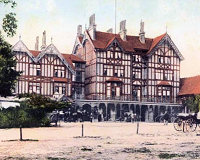 Description: This is one of Chingford's historic hotel/public houses on the edge of Epping Forest.

A local paper reported in 2003 of some strange goings on:

While some diners and drinkers might describe the Royal Forest Hotel as their favourite haunt, the expression has taken on a whole new meaning for staff.

Manager Jo McCormack and his team believe the spirit of a woman they call Mary is causing them difficulties. Mr McCormack said: Mary manifests herself in various ways.

Common occurrences include lights and cookers being on without any electricity supply, or dogs barking for no reason. One member of staff, who used to live upstairs, moved out because he felt someone was staying in the room and even felt that person sitting at the end of the bed. But when he looked, there was no-one there.

The staff and Brewers Fayre, which owns the pub restaurant in Rangers Road, Chingford, is keen to hear from anyone who can provide information about the disastrous fire of 1912 which they believe may be at the root of the alleged haunting.

The hotel was built and opened in 1890 to provide for the many Londoners who started to come out to Chingford to enjoy Epping Forest after it was fully opened to the public in 1882. Tea gardens, pubs and other places of refreshment were developed to cater for them. 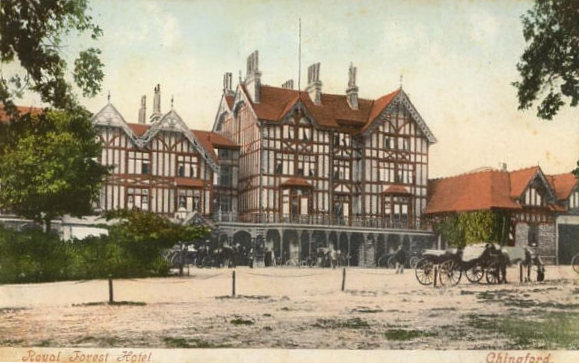