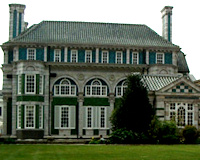 Cliveden and the Profumo Affair», 20.km