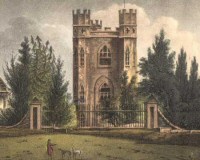 The tower built in honour of William James endeavours in India.

Description: This striking triangular tower stands in Castlewood high on the slopes of Shooters Hill. It was erected in 1784, following the death of her husband, by Lady James in commemoration of his capture of the pirate fortress of Severndroog in India. From its turrets one can enjoy some of the finest views of London. There was a delightful tearoom there from 1921.

William James died in 1783, right in the middle of his daughter's wedding which must have put a dampener on things. Within a year, his widow had this tower built.

In 1986 the GLC, its current owner, was abolished and the London Borough of Greenwich took ownership. Two years later it was closed, and has steadily fallen into decay.

In 2002 Greenwich Council proposed the lease of the castle to a property developer who would convert it into offices and restore the building. This would mean that this extraordinary building would be effectively lost to the public to whom it was given. Following a storm of protests, the plans were halted. Now the building is a contender in the brilliant BBC Restoration Programme. In the meantime it stands unused and vandalised, its condition tragically deteriorating and its future under serious threat. 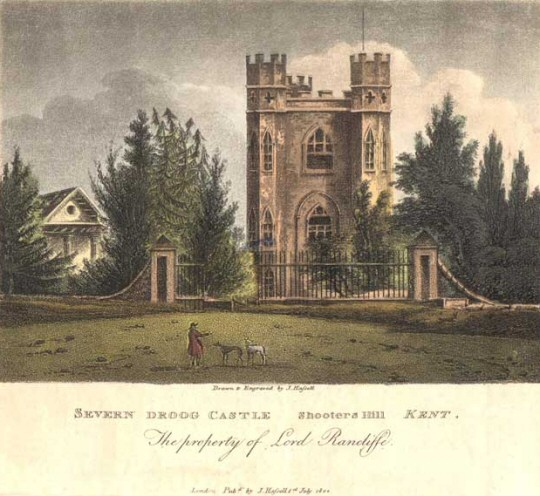