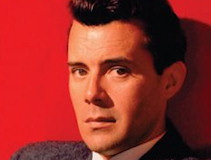 He was baptised down the road on 30 October at St. Mary's Church in Kilburn, and went to school at University College School in Hampstead, before going to College in Glasgow.

His acting career started shortly before the start of World War II with a West End role in J. B. Priestley's play Cornelius.

After the war he won a contract with film producers Rank and his career took flight.

Two Legends under One Roof», 3.3km