Home of Guinness Book of Records 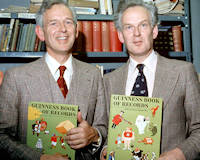 This is where the first Guinness Book of Records was born.

Description: On the 10th November 1951, Sir Hugh Beaver (managing director of the Guinness Breweries), went shooting in County Wexford, Ireland. After missing a shot at a golden plover, he had an argument about which was the fastest game bird in Europe; the golden plover or the red grouse. (Confirmation: It's the plover.)

He tried to find the answer that evening in his reference books and stumbled on the idea that a book supplying the answers to this sort of question might prove successful. His idea became reality when Guinness employee (and record-breaking athlete) Christopher Chataway recommended University friends Norris and Ross McWhirter, who had been running a fact-finding agency in London. They were invited to the Guinness Brewery at Park Royal and were commissioned to compile the book in August 1954 and a thousand copies were printed and given away.

An office was set up at 107 Fleet Street and intense work began on the first slim 198-page edition. It was bound on the 27th August 1955 and went straight to the top of the British bestseller lists by Christmas. The following year, it launched in the US, and sold 70,000 copies. The rest is history.

The grand building itself is highly decorated dating back to the early 1870s. There are frolicking cherubs worth a look up! 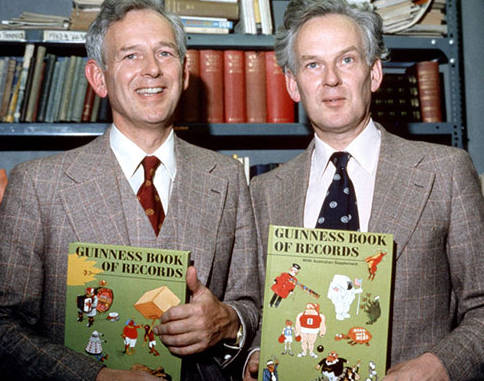