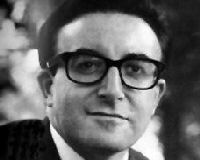 This was Peter Sellers childhood home.

Description: In the 1950s and 1960s, Sellers's phenomenal success as an actor made him a household name. He helped Britain throw off the austerity of the post-war period with The Goon Show on BBC radio, before establishing himself as an international movie star in films such as Dr Strangelove and The Pink Panther series.

Yet away from the limelight and the laughter, as a major new film, The Life and Death of Peter Sellers, starring Geoffrey Rush, makes graphically clear, he was a deeply troubled person; insecure and temperamental. That unhappiness manifested itself in different ways: his four marriages, his almost compulsive buying and disregarding of cars and - not least - his numerous houses, including a series of lavish (and eccentrically decorated) mansions.

It was here that the 11-year-old Sellers moved with his domineering mother, Peg, in 1936, his father having walked out.

Number 10 is still there today. Save from the overgrown ivy at the front, the double glazing and the blue plaque put up by The Dead Comics Society, it looks pretty much as it must have done in Sellers's day. It sold for Â£350,000 in 2005, with Winkworth admitting it was in need of some modernisation.

His friend and fellow actor Graham Stark recalls: I remember one time he drove me and my wife around north London in his new Bentley showing us all the houses he once lived in. When we got to Highgate, where he lived as a child, he just put his head on the steering wheel and cried. 'Whatever happened to Peter Sellers?' he asked us, weeping.