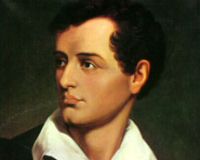 Description: This is the site where the Star and Garter inn was until around 1905, and then the Carlton Club until 1940.

It was here that lord Byron challenged his neighbour Mr Chaworth to a duel over how many manors a mutual neighbour (Charles Sedley) owned.

They met on the staircase and a waiter escorted them to a room on the first floor where Byron fatally wounded Chaworth, with Chaworth uttering when a doctor arrived that he had not long to live, and that he forgave Lord Byron.

He died the following day, and Byron was taken to the tower for 3 months until he was tried and found not guilty of murder, guilty of manslaughter, but (as a peer) he pleaded Benefit of Clergy and got clean off.

It is also the site where in 1807 gas lighting was first demonstrated in England by German inventor Frederick Winsor, originally Friedrich Albrecht Winzer (1763-1830), one of the pioneers of gas lighting in Europe.

William Matthews 1827 book An Historical Sketch of the Origin, Progress & Present State of Gas-Lighting says that : Mr Winsor removed his exhibitions to Pall Mall, where, early in 1807 (28 January), he lighted up a part of one side of the street, which was the first instance of this kind of light being applied to such a purpose in London.

Winsor gets the green plaque instead of Byron.

1» Although the picture used here is of the poet Lord Byron (George Gordon Byron, 6th Baron Byron), the Lord Byron who fought the duel was actually the poets granduncle, William Byron, 5th Baron Byron. It took place in 1765. (Jen)
Posted by Jen on 2009-07-07