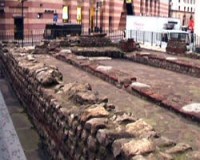 The Temple of Mithras», 0km