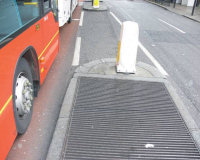 This is where the long gone Little Compton Street can be seen.

Description: In the middle of Charing Cross Road at its junction with Old Compton Street there's a raised central traffic island with a wide metal grill.

On Horwood's map of 1799 the part between Greek Street and Crown Street is called Little Compton Street and is so named in the parish ratebooks from the 1820's.

It's clear the street here was much lower than all the area here today, a pub called the Coach and Horses was stationed at the address of 17 Little Compton Street. The basements of the buildings in the immediate vicinity could well have been ground level generations previous. 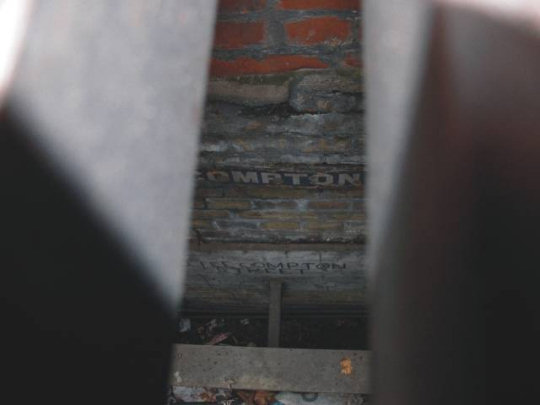