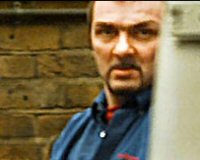 This is where Barry George lived prior to his arrest.

Description: This is where the 41 year old unemployed Barry George was living at the time of his arrest for the murder of Jill Dando in 1999.

It was also here that he built a shrine to Freddie Mercury.