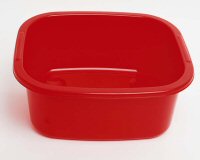 This is where the World's first plastic was invented.

Description: This is where the first plastics in the world were made, and called Parkesene, after it's founder Alexander Parkes in 1862.

He showcased some samples of colourful plastics at the 1862 London International Exhibition, although Vulcanite had been shown by both Hancock and Goodyear at the 1851 Great Exhibition, this was the first time that a colourful material that did not rely on a surface finish or dye had been put on public display.

Parkes showed great optimism for his new material and, more significantly, anticipated many of the uses for which plastics have been employed in the subsequent 140 years. He won the award of a bronze medal 'for excellence of product'.

The factory was opened here with high hopes but within two years it was in liquidation. Most of the problems may be attributed to a desire to keep the price below a shilling a pound, accordingly the product quality was not up to the standard of those displayed at the 1862 exhibition.

1» The title is very misleading. Plastic, (Parkesene), may well have been produced here, however it was invented in Birmingham. Yet another example of London stealing all the glory. (Geoff)
Posted by Geoff on 2011-05-30

Home of the Speaking Clock», 9.2km