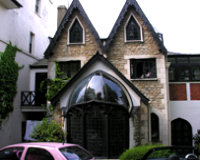 Architecture Not To Be Missed», 4.7km