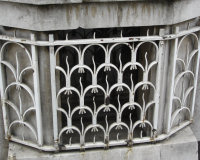 This is where the stone marking the heart of London lies.

Description: The London Stone was recognised as the symbolic authority and heart of the city of London for hundreds of years and is rumoured to have been used by the Romans as the point from which all distances in Britain were measured.
Oaths were sworn, deals forged and proclamations made from this point.

The tablet, tucked beside the side of a very busy road, is inscripted with: This is a fragment of the original piece of limestone once securely fixed in the ground now fronting Cannon Street Station. Removed in 1742 to the north side of the street in 1798 it was built into the south wall of the Church of St. Swithun London Stone which stood here until demolished in 1962. Its origin and purpose are unknown but in 1188 there was a reference to Henry son of Eylwin de Londonstone subsequently Lord mayor of London.

Occasionally there is a light that can be switched on from within the building behind to light it up. 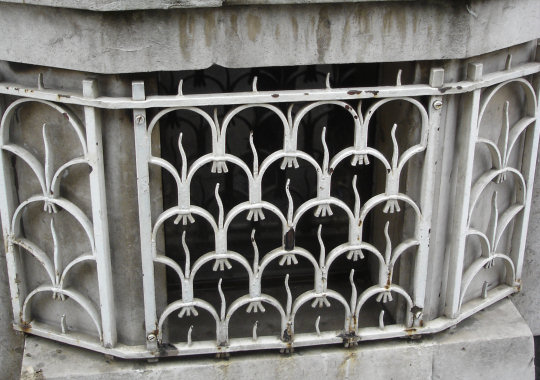 The Oldest Bridge still in use», 11.km