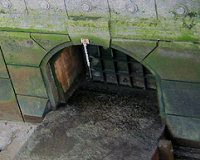 Description: The River Effra was once a large tributery to The Thames and was already being used as a sewer by the 17th century, although the upper reaches were still clear in the second half of the 19th.

Most of it has now been covered or hidden and very little is actually visible, except for this small outlet into The Thames.

The name is derived from the Celtic word for torrent (e.g. 'ffrydlif' in current Welsh) given by the pre-Roman tribes (see Peter Akroyd's 'The Thames').

It used to flood regularly, particularly in West Norwood. 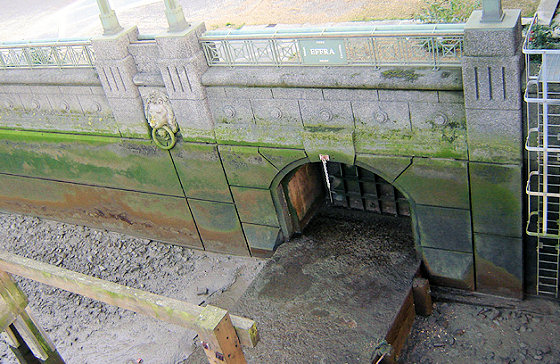