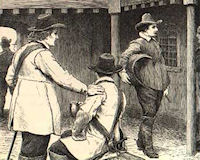 This is where Charles I letter was found - leading to his death.

Description: There used to be a coaching tavern here which was demolished in 1864 called The George and Blue Boar, infamous because it was a stop off en route to the hangings at Tyburn from the East End.

If the condemned committed a heinous crime like like being a highwayman the crowd would boo but killing the tax collector would be met with cheers. The convict would be escorted into the inn for a last drink and the innkeeper would dispense it with a phrase, Pay me on the way back.

It was here that history was made when a letter by Charles I was intercepted when Ireton discovered it was the King's intention to destroy him and Cromwell. The following events led to Charles's execution.

While Oliver Cromwell was working out how to deal with the king, one of his spies at the palace informed him that his final doom was decreed and that a letter on it's way from the King to the Queen decreed what exactly. The letter was sewn into a saddle and their first stop was the George and Blue Boar at Holborn, although the messenger didn't know about the letter.

Oliver Cromwell and Henry Ireton disguised themselves as soldiers and at swordpoint insisted their search him and his saddle. They opened the letter and found that the King was about to join with the Scots to rid England of the rebellion. Cromwell and Ireton then knew the course they had to take - 'resolve the King's ruin'.


Credits: The Romance of London Vol I by John Timbs 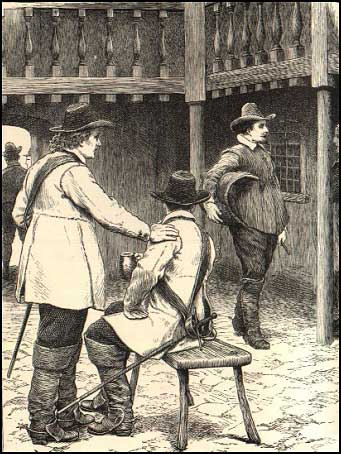