The Frost Fair on the Thames 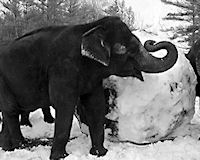 This is where an elephant walked across the iced up Thames.

The most remarkable event was the first and last time that an elephant was led across the iced up river below Blackfriars Bridge!

This was to be the last frost fair. The climate was growing milder; also, old London Bridge was demolished in 1831, and the river was embanked in stages during the 19th century, both of which made the river less likely to freeze. 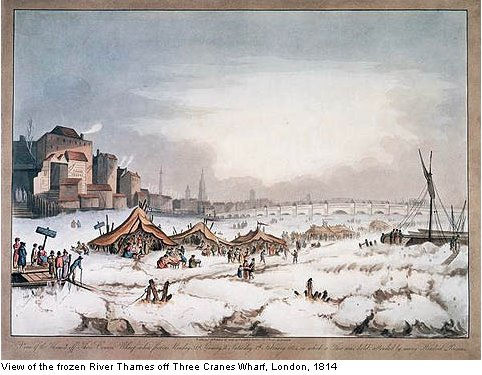 The Rose and Punchbowl», 2.5km