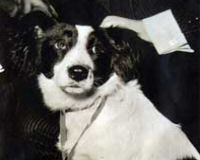 It was here that Pickles found the World Cup trophy in 1966.

Description: It was here that heroic canine Pickles sniffed out the stolen Jules Rimet World Cup trophy in the garden of St Valery on
Beulah Hill. It had been concealed
under a hedge in the garden after being
stolen from a stamp exhibition in
Westminster Hall.

David Corbett, Picklesâ owner, was rewarded by the Football Association.

Edward Bletchley, a 46-year-old former soldier, was accused of the theft and was responsible for attempting to blackmail Joe Mears, then chairman of the FA and Chelsea Football Club, into paying a Â£15,000 ransom for the return of the nine-inch solid gold statue.

Mears agreed to the deal, which was to be performed at a clandestine rendezvous with Bletchley in Battersea Park, but ignored his demand for the police to remain oblivious.

In the run-up to the exchange Bletchley became suspicious of a transit van, which he correctly guessed to be a police back-up team, and fled. The attempt ended in his arrest and Bletchley shortly found himself in Brixton prison.

With the finals looming and the world's eyes on England to deliver a competition to remember, the cup was still missing.

The details from this point are sketchy but it is believed that, from his cell, Bletchley struck another deal with the police. He wanted a lady friend to visit him in prison and, if they obliged without interfering, the trophy would materialise. Days later the cup was in Pickles' paws.

And the curse? Within weeks of the cup's recovery, Joe Mears died of a heart attack having suffered severe angina after the stress of the hunt. Pickles, in a remarkable instance of bad luck, choked to death by snagging his choke lead on a fallen tree while chasing a cat.

Bletchley served two years in prison for his part in the crime and was released, only to promptly die of emphysema.