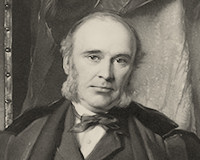 Description: Every high street and station or terminal has one, a WH Smith, the retail king of stationery and newspapers.

William Henry Smith was not just a retail pioneer, but also a very high profile MP and twice was the Secretary of State for War. He later became the Leader of the House of Commons.

A Market steeped in History», 2.5km