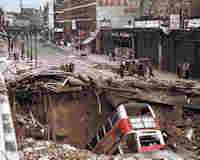 This is where a terrible bombs killed scores in 1940.

Description: Here in the middle of the road is the location of one of the most symbolic photos of the blitz. On the 14th October 1940, at 8pm a 1400kg semi-armour piercing fragmentation bomb fell on the road here causing catastrophic damage.

It's directly above the northern end of Balham Tube Stations platform tunnels, which were being used an air raid shelter. A double decker bus then crashed into the crater, although no one aboard was killed.

The water mains burst and the sewers above, which filled the cross-passages into the southbound platform tunnel with seven million litres. The flooding and debris was so terrible that 68 people lost their lives. The flooding reached to within 91 meters of Clapham South. 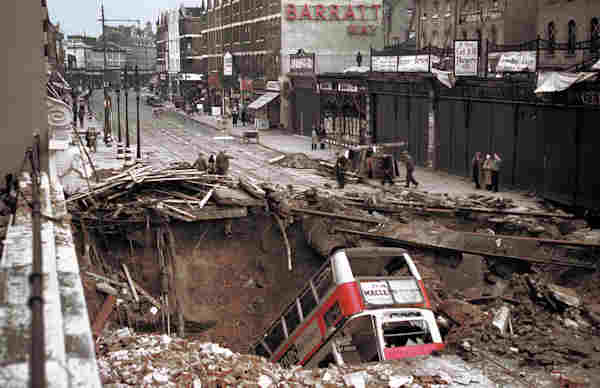