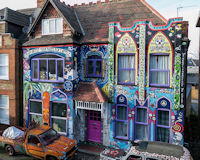 Description: In this pleasant terraced street in Chiswick an artist lives. It's a bit obvious.

The artist in question is Carrie Reichardt and she lives here and hgas decorated it in the best way she knows how, with the most splendid colour-soaked mosaic wrap.

A fervent social campaigner she first began working at the rear of the house in creating a memorial to Luis Ramirez. He was a death row inmate executed in Texas in 2005 and his prisoner ID is incorporated.

The Angola Three, Black Panther activists incarcerated for almost 40 years in Louisiana in 1973, convicted for murder, but finally freed in the 2010s after a controversial miscarriage of justice are also incorporated. 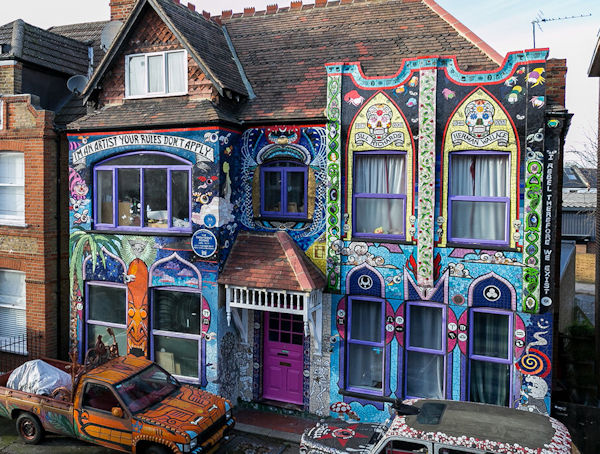 
The Elephant and Castle Story», 7.1km