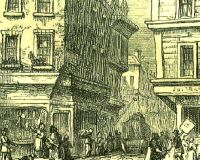 Description: Milton Street was renamed in 1830 after the owner of the building leases here. It used to be called Grub Street prior to that and was the early forerunner of Fleet Street, much inhabited by writers of small histories, dictionaries, and temporary poems, thus any cheap and nasty production is called grubstreet.

The denizens of Grub Street created an atmosphere of sedition and revolt, of combat with the forces of law and order. Grub Sreet lay just outside of the old medieval city wall, and had always been a space beyond the control of city authorities.

Many conflicts over the idea of free expression on the Internet can allegedly be traced back to the antagonisms created by the culture of Grub Street.

Much of the original Grub Street has been swallowed up by the Barbican, a huge complex of luxury flats, art galleries, cinemas and a library. 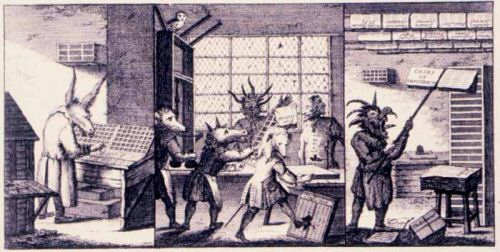