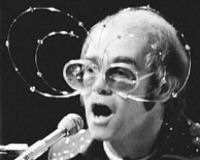 Rock legend Elton was born and raised here in this house.

Description: It was here that Reginald Kenneth Dwight was born on March 25th 1947. This was the home of his grandparents Fred and Ivy Harris and he grew up here tinkling the piano they had.