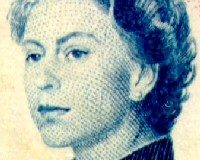 The former home of the Strathmore's and birthplace of the Queen.

She was educated by private tutors under the supervision of Marion Crawford, (died 1999) a graduate of Edinburgh University.

It was the London home of the Queen Mother's parents, the Earl and Countess of Strathmore.