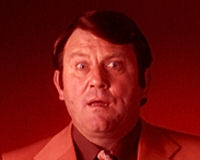 Terry and June and Carry On star Terry Scott grew up here.

Description: This is the childhood home of actor and comedian Terry Scott, star of Carry On films and massive sitcom Terry and June (succesor to Happy Ever After).

Scott was born Owen John Scott in Watford and educated at Watford Field Junior School then Watford Grammar School for Boys. He studied accounting and served in the Navy during World War II.

In the 1970s, Terry had a memorable role in TV commercials for a chocolate coated caramel bar called Curly Wurly, in which he appeared dressed as a schoolboy complete with short trousers and cap - a style he'd perfected for laughs since his youth.

A plaque was unveiled here in 2003 by Sir John Mills.