The magical museum and Egyptian Hall used to be here.

Description: The Egyptian Hall once stood at 170-173 Piccadilly, and was owned by William Bullock containing historical arms and armor, and curiosities brought back from the South Seas by Captain Cook. Bullock built it at a cost Â£16,000 from the designs of GF Robinson.

The museum was referred to as the London Museum, the Egyptian Hall or Museum, or Bullock's Museum, and the museum is mentioned in Georgette Heyer's novels Cotillion and Arabella.

An exhibit of Napoleonic relics in 1816 including Napoleon's carriage taken at Waterloo made Bullock 35,000 pounds. The crush at the exhibit was satirized by Cruikshank and Rowlandson who drew the carriage and the crowds straining to view it.

In 1819, Bullock sold his extensive collection and converted the museum into an exhibition hall. Book seller George Lackington, became owner of the museum in 1825. The museum facilities also were used for panoramas, art exhibits, and entertainment productions.

It became synonymous with magic productions, with JN Maskelyne and his son Nevil Maskelyne where they developed acts that still intrigue audiences today, such as sawing a woman in half.

In 1893 they were joined at the Egyptian Hall by David Devant, who performed illusions such as Vice Versa where he changed a man into a woman. He also performed the first stage performance in London of the Indian Rope Trick.

In 1905 The Egyptian Hall was demolished. 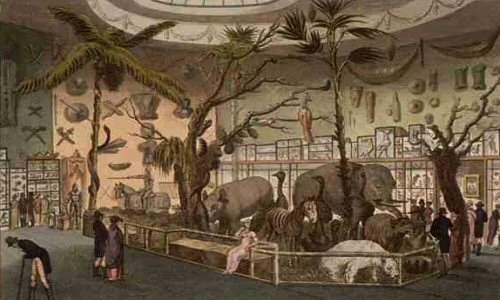 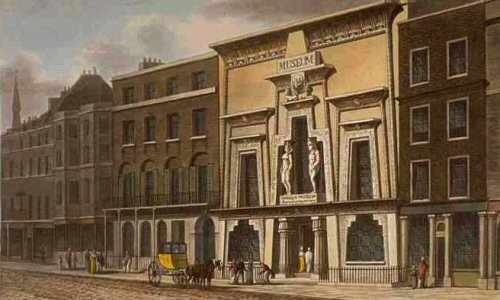