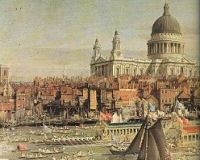 This was where Canaletto lodged and tried to sell his paintings.

Description: The Venetian painter, Antonio Canaletto, lodged here from at least 1749 to 1751, his stay being interrupted by a journey to Italy in the winter of 17501.

A newspaper advertisement of 26th July 1749 states that 'Signor Canaleto hereby invites any Gentleman that will be pleased to come to his House, to see a Picture done by him, being A View of St. James's Park, which he hopes may in some Measure deserve their Approbation. The said View may be seen from Nine in the Morning till Three in the Afternoon, and from Four till Seven in the Evening, for the Space of fifteen Days from the Publication of this Advertisement. He lodges at Mr. Richard Wiggan's, Cabinet-Maker, in Silver-Street, Golden Square.'

The ratebooks show that Wiggan's house was afterwards numbered 16 Silver Street and is now here at No.41 Beak Street. A similar newspaper advertisement of 30 July 1751 announced that Canaletto had 'painted the Representation of Chelsea College, Ranelagh House, and the River Thames', and that this picture might be seen at the same address.

Until shortly before 1921 a studio or workshop with a skylight stood in the garden at the back of the house. 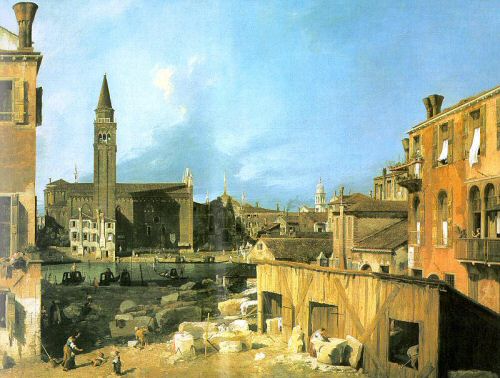