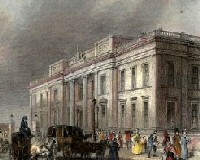 Description: The Fishmonger's association have had premises here with a Grand Hall for at least 700 years.

Twice, during the period 1632-33, Inigo Jones, the royal architect, came to dinner with his friend, the Earl of Arundel, arriving by boat at the water-steps.

In 1664 both Samuel Pepys and John Evelyn attended official meetings, entering the Company's gate from Thames Street and walking down a long passage to the courtyard between houses occupied by the Company's tenants.

Early in the morning of 2nd September 1666 the great Company Hall hall was destroyed in the Great Fire, but the records telling us about the old place were rescued from the treasury and hurled into a barge by the light of the roaring flames.

There is inside The London Bridge Chair made from the oak of the old bridge.

One other relic is the dagger that William Walworth, Lord Mayor of London, stabbed Wat Tyler with. 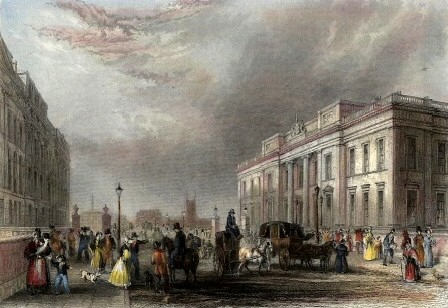 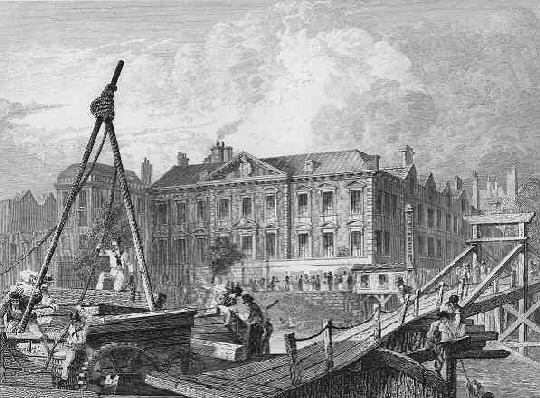