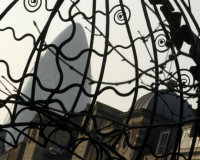 This is the park named after the murdered Bangali worker.

Description: The name Whitechapel came from the chapel called St Mary Matfelon, which had limestone white walls, and was found here in Altab Ali Park.

The chapel was originally built in the 13th century and the last of a series of chapels with this name was so badly damaged in World War 2 that it was pulled down after the war.

Its floor plan can be seen in the park marked with limestone as can a few of the original graves.

Matfelon was the name of the family responsible for the 14th century building.

St Mary Matfelon's Churchyard was renamed Altab Ali Park by Tower
Hamlets Council in 1998 in memory of a young Bengali clothing worker from Cannon Street Road, stabbed to
death in Adler Street in a racist murder on 4 May 1978.

The bases to the doorway to the chapel that was destroyed in WWII can be found at the Altab Ali Gate which has modern Bengali-style tops to reflect the local communities. 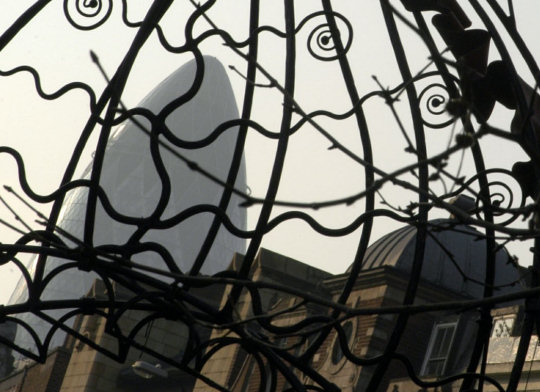 1» The park is an oasis of green in the midst of urban life. I spent a pleasant hour there last June enjoying the green grass, large old trees, and open space. (Don Hayes)
Posted by Don Hayes on 2009-02-03