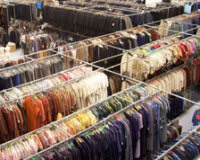 The famous costumiers with over 25 oscars to it's name.

Description: Angels is the worlds longest-established supplier of costumes to the film, TV and public. They are a longstanding British business having supplied costumes to 27 films that have received Best Costume Oscars.

The company is also unique as having been in the same family for six consecutive generations. Morris Angel started his business here selling second-hand clothing and tailors samples from Savile Row. Morris Angels shop became popular with theatrical actors, who at that time had to purchase their own clothes and costumes for auditions and performances.

Today the shop here in Covent Garden is it's fancy dress HQ, while it's store in Hendon in it's costumiers.