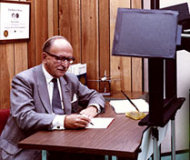 Dennis Gabor, the inventor of holograms lived here in the 1950's

A brilliant physicist, Dennis Gabor is best remembered for his invention of holography, which he discovered by accident while working to improve the electron microscope.

This innovation eclipsed his other great achievements, such as the quartz mercury street lamp and the flat television tube.

Holograms have many applications in everyday life and are used on credit cards, for research, in medicine and also as an art medium.

As a result, Gabor was awarded the Nobel Prize for Physics in 1971 and described himself as one of the few lucky physicists who could see an idea of theirs grow into a sizeable chapter of physics.

Gabor left Germany in 1934 and came to England as a research engineer in the British-Thomson-Houston Company at Rugby. Here he worked on a range of projects including, 3-D image projection for cinemas, a scheme for detecting heat from aeroplane exhausts and the design of the flat television tube.

From 1948 Gabor was Reader in Electron Physics at Imperial College, London, where he continued his work on holography with his students.

He and his wife moved into a one-bedroom flat on the first floor here, which was a short walk from his laboratory in the City and Guilds building in Exhibition Road. Living close to his work was extremely important to Gabor, for he often worked late and at weekends, and he also enjoyed entertaining his students and colleagues at his home.

In 1961 or 1962 the Gabors moved next door to Flat 1, 78 Queens Gate, where they lived until retiring to Italy in 1967. Gabor worked part-time as a consultant for CBS Laboratories in America, where he continued his research until he died in 1979 in a nursing home in South Kensington, London. 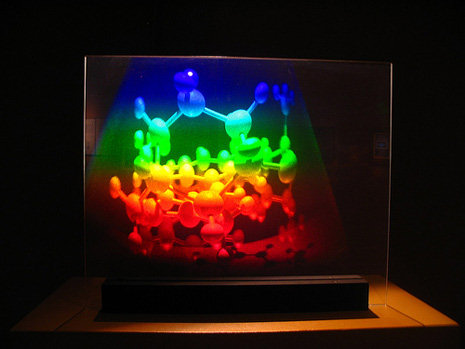 The shop of Ignatius Sancho», 1.6km