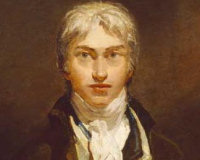 This is where artist JMW Turner lived his last days and died.

Description: Legendary 19th century English artist JMW Turner died here in the house of his mistress Sophia Caroline Booth on 19 December 1851. He met the widowed Sophia in 1834 while on tour in Europe.

Shortly before he took his last breath, Turner said, It is through these eyes, closed forever at the bottom of the tomb, that generations as yet unborn will see nature.

The attending Doctor wrote, Just before 9am the sun burst forth and shown directly on him with that brilliancy which he loved to gaze on. He died without a groan.

At his request he was buried in St Paul's Cathedral, where he lies next to Sir Joshua Reynolds. His last exhibition at the Royal Academy was in 1850.

On his death turner left a large fortune that he requested be used to support what he called Decaying Artists. He also bequeathed over 300 Paintings 19,000 drawings and had an estate valued at the time at 140,000.

Initially Turner kept his house and gallery in Queen Anne Street, where he had lived since the end of the 18th century. When Mrs Sophia Booth moved to London in 1846, they looked for a house by the river and took a 21-year lease here at the western end of Chelsea's riverside.

Banksy Off His Trolley», 2.5km

Art with a Global Perspective», 7.6km

Riders of the Apocalypse», 5.8km