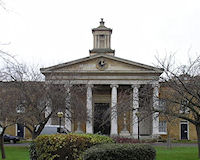 Description: This splendidly shabby chic chapel was originally built as the Licensed Victuallers Asylum in 1827 and these were the almshouses built for their brewery workers or former publicans.

The asylum was rich hence the former grand features of the chapel and expensive stain glass windows that still evoke the grandeur of its past.

During the war, the chapel was heavily damaged, losing most of its roof but much did survive including Italian marble memorial plaques and the lovely windows.

The chapel has been largely empty since the war and is currently in just a shell with a concrete floor and modern toilet facilities. It's currently hired out to Ayslum Arts who control art functions and gallery opportunities here. 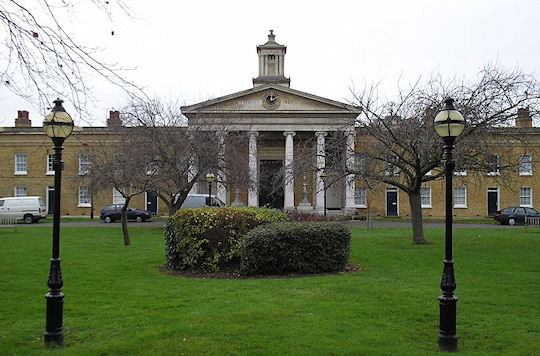