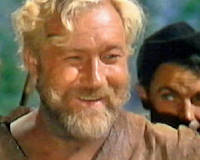 This is where 'Scot' James Robertson Justice was born.

Description: James Robertson Justice (19071975) was a popular character actor in British films in the decades after World War II.

Born in London, Justice became a journalist with Reuters in London, alongside Ian Fleming, the creator of James Bond before seeking fortune in Canada as an insurance salesman, English teacher, lumberjack and gold miner!

However, after falling into acting through a friend of his, he carved out a niche playing big bear-like, hairy, authoritative bumbling characters through dozens of movies.

He featured in many well known films but was most memorable as Sir Lancelot Spratt in the Doctor film series. He appeared in four films with Gregory Peck; Captain Horatio Hornblower R.N. (1951), David and Bathsheba (1951), Moby Dick (1956), and The Guns of Navarone (1961).

He sadly suffered a stroke after filming Chitty Chitty Bang Bang (1968) and despite battling on, later had to give up acting following further strokes.