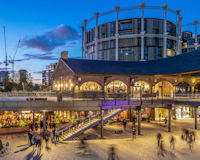 In the 19th century coal was the only form of energy available to heat and light the buildings of London (either directly or after being converted to gas). Here two Victorian coal drops sheds received 8m tonnes of coal a year from the South Yorkshire coalfields and transferred it to narrowboats and horse-drawn carts.

Electricity eventually pushed coal to redundancy and the coal drops fell into decay. They became warehouse units, one was gutted by fire in 1985 while another became a nightclub, closing in 2007.

Work was completed on the redevelopment on 26th October 2018. 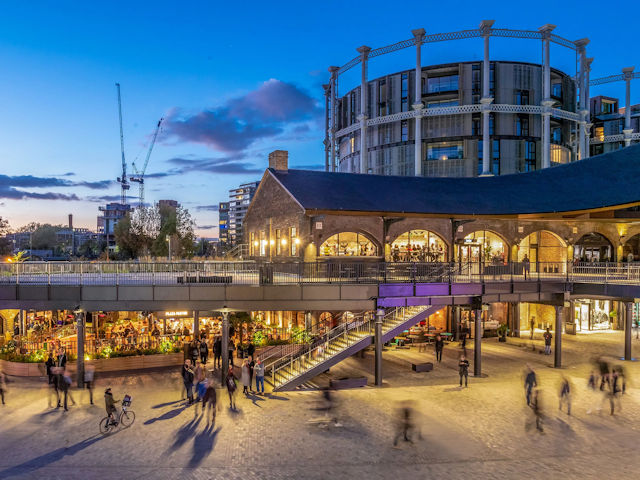 A Market With Mexican Roots», 3.6km