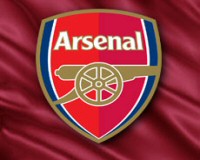 This is where the Arsenal FC founders named the club Arsenal.

Description: Arsenal Football Club began life when a group of workers at the Woolwich Arsenal Armament Factory decided to form a football team in late 1886.

They were originally known as Dial Square, as one of the workshops within the Arsenal was called Dial Square, the name chosen to represent the team, winning their first match 6-0 over the Eastern Wanderers.

However at a meeting here at the Royal Oak, next to Woolwich Arsenal Station, on Christmas day 1886 the name of Dial Square was changed, and a combination of Royal Oak and Woolwich Arsenal resulted in the regal sounding name Royal Arsenal.

The name was later changed to Woolwich Arsenal in 1891 when they turned professional, joining the Football League in 1893, and later to just Arsenal in 1914.


Tours: An Arsenal Tour of London