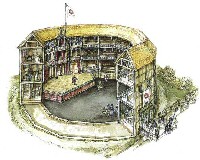 The first theatre on Bankside, built in 1587.

Description: When it was erected here in 1587 the Rose was only the fifth purpose-built theatre in London, and the first on Bankside and area already rich in other leisure attractions such as brothels, gaming dens and bull/bear-baiting arenas.

The site chosen was near the Thames, on land relatively recently reclaimed from the river: the first firm reference to it occurs only in 1552, when it was described as a tenement with two gardens known as the Little Rose.

In 1585 this was leased to Philip Henslowe, a shrewd local businessman and property developer, and in 1587 the theatre was built for him by the carpenter John Griggs.

Relatively little of its history is recorded until 1592, when Henslowe started to use an account book he had inherited from his brother, and the year in which Henslowe's step daughter married the well-known actor Edward Alleyn.

Alleyn now associated himself with the fortunes of the Rose and would in 1619, after a highly successful career, found the College of God's Gift (now Dulwich College). Many of his and Henslowe's papers survive there, including 'Henslowe's Diary' (his account book). This not only gives details of his expenditure on the theatre building from 1592, but also of the plays subsequently staged there, of the audiences that whey attracted, and even of props and costumes.

The Rose's success soon encouraged other theatres to be built on Bankside: the Swan in 1595 and the Globe in 1599. These rivals swiftly overtook the Rose. It appears to have fallen out of use by 1603 and had certainly been abandoned as a theatre by 1606. Soon it vanished from the map altogether.

It is currently being excavated and will be visible in the foyer/basement of 100 Thames-side luxury flats soon. 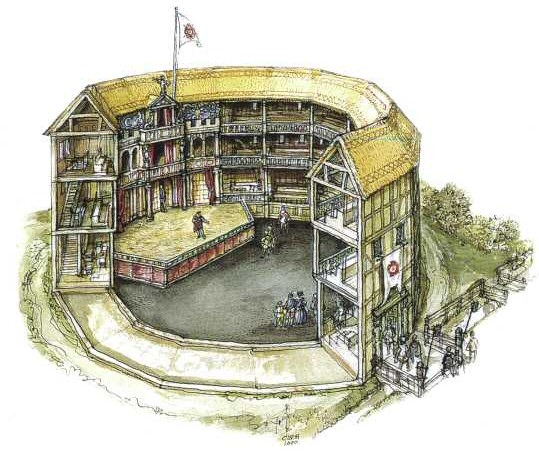