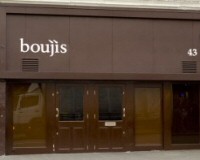 Description: This exclusive south London nightspot is renowned for being the place that Prince Harry was banned from visiting by his father in the Summer of 2006.

Another concern is for Harrys safety, after two fights broke out near the club on different occasions whilst the prince was partying inside with friends. A royal source was quoted as saying It was very uncomfortable for Harry and his friends knowing that while they had been partying downstairs there was a nasty fight going on outside. Harry loves to party, which poses huge problems for his Royal protection officers, and when this sort of trouble kicks off so close to him, it makes the situation even more difficult. On the night of the fight two weeks ago Harry was out with his friend Natalie Pinkham. They were both shocked when they heard about the violence and Harry insisted they left straightaway.

The evening partying with Natalie Pinkham also brought more controversy Harrys way with the young prince being rushed to hospital after cutting his hand with a kitchen knife. Although not seriously hurt, it concerned senior courtiers. A friend of the prince said Harry was messing around after one too many Vodka Red Bulls. He knows he has to calm things down a bit. Hes been told not to go back to Boujis for the time being.