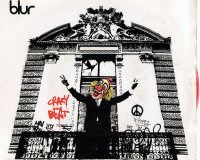 This is where Banksy's royal mural for Blur's single is.

Description: This unusual Banksy was used for the cover artwork for Blur's Crazy Beat single on the side of this house in Stoke Newington.

It shows a spoof version of the royal family, and uses a lot more colours thank Banksy normally uses.

This wall was previously the site of one of Banksy's Coldstream guards. 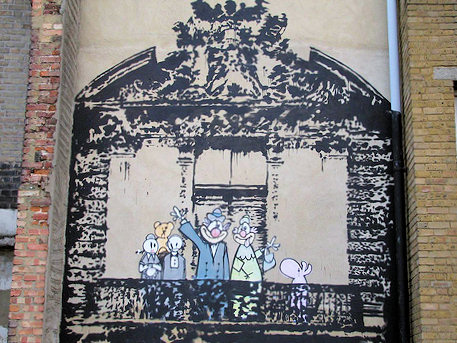