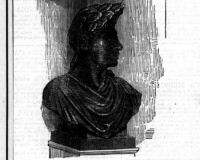 The site of the original literary Apollo Club and Devil's Tavern

The Devil, or St. Dunstan's, as it was at first styled, which had, appropriately, for its sign a representation of St. Dunstan pulling the Devil by the nose with pincers, is mentioned as even then being an old and well known tavern, in a short play called Jacke Jugeler, dated 1563.

The history of the Devil has become merged in the almost greater fame of the Club upstairs called the Oracle of Apollo. Timbs says that it is not known when Jonson first began to frequent the Devil, but it was, at any rate, as early as 1616, for he himself tells us that he wrote The Devil is an Asse, first produced in that year, when he drank bad wine at the Devil.

Above the fireplace were exhibited the rules of the Club, said to have been cut in a marble slab, although more probably painted in gold on a black background similar to the 'Welcome.' These rules were written in Latin, justly admired for its conciseness and elegance, says Burn. This is now stored in the bank that now occupies this spot.

There is a good representation of the exterior of the Devil Tavern, exhibiting its picturesque gabled front, drawn by Wale. It showed a half-length figure of the saint with the Devil looking over his shoulder. When, in 1764, projecting signs were ordered to be removed, this interesting relic was placed flat against the front of the house, and there remained, says Timbs, till the demolition of the building. This occurrence took place in 1787, when the tavern, having fallen on bad days, was purchased by Messrs. Child, for 2800, and Child's Place and the bank premises erected on its site soon after. 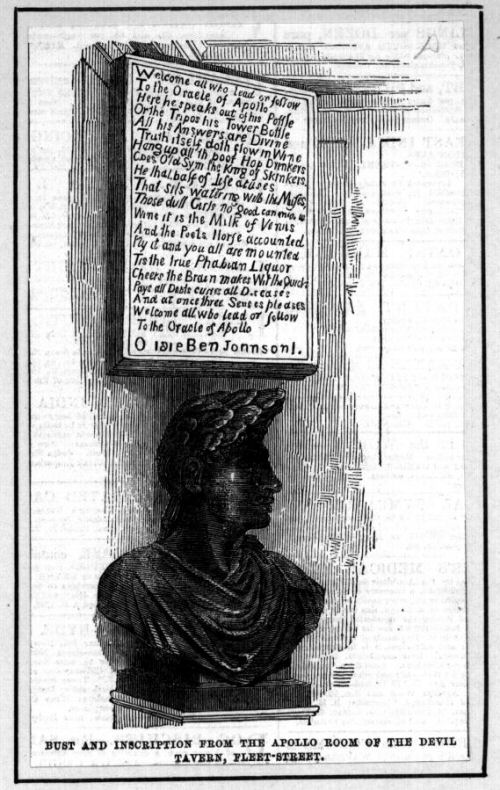