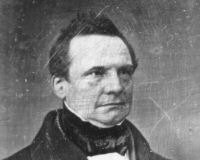 The father of computers, Charles Babbage, was born here.

Description: Our lives might be very different today without Charles Babbages early calculating machines. He was born near this spot. He is regarded by many as the father of computing.

His Difference Engine, invented in 1821, was the worlds first successful automatic calculator and the design for his Analytical Engine (1856) is generally considered the foundation of todays computers.

Born in Crosby Row (now Larcom Street) in 1791, Babbage taught himself algebra at a young age and, upon entering Cambridge University at the age of 20, found himself a far better mathematician than his tutors. He co-founded the Analytical Society for reforming the mathematics of Newton then taught at the university and was later to occupy the Lucasian Chair of Mathematics at Cambridge, a post previously held by Isaac Newton and now held by Prof. Stephen Hawking. He was elected a Fellow of the Royal Society in 1816 and played a major part in setting up the Astronomical Society (later Royal Astronomical Society) in 1820. It was around this time that Babbage first became interested in calculating machines, which would be his consuming passion for the rest of his life.

Unfortunately, little remains of Babbages prototype computing machines. The government withdrew funding for his Difference Engine in 1832, so it was left for George Scheutz, a Swedish printer, to successfully construct a Difference Engine in 1854, according to Babbages design. The machine was extremely accurate and was subsequently used by the British and American governments. Babbages many intellectual achievements would have assured him fame, irrespective of his Difference and Analytical Engines. But his failure to construct these machines and the failure of the government to support his work left him in his later years a disappointed and embittered man. He died at his home in London in October 1871. 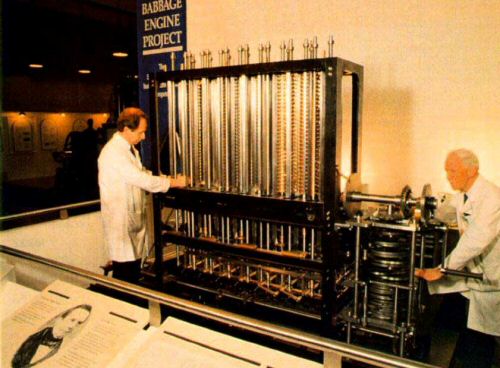 The Man who knew everything», 2.9km