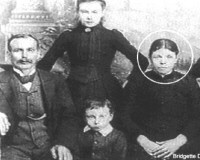 Manson and the Talgarth Hotel», 7.5km