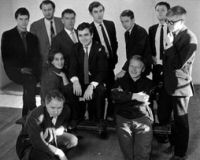 Cooper always won them over», 7.4km