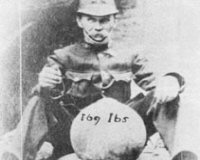 Description: The first bomb of World War I (1914-1918) to fall (and indeed the first aerial bomb) dropped from a Zeppelin on London and landed here in the garden of The Nevill Arms Public House on 30th May 1915.

1» Hello Shady Lady. Sorry to correct you on this one but the first bomb dropped was on No.16 Alkham Road, then it bombed Dynevor Road, then Neville Road and Chesholm Road were hit. Its final strafing hit Cowper Road, Allen Road and Shakespeare Walk. The Zeppelin LZ38 then moved across to bomb the Hoxton and Shoreditch areas. Source: National Archives Police and Fire Brigade Reports-Zeppelin Raid London 31s May/1st June 1915 (Tony Rich)
Posted by Tony Rich on 2009-07-31

Time to Honour and Respect», 4.8km