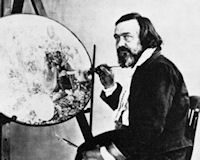 This is where hospital-bound painter Richard Dadd lived.

Description: In 1834, when Richard Dadd (1817-1886)was eighteen, his family moved here to Suffolk Street, and Richard's father took up work as a carver and bronzeworker in the nearby Haymarket.

Robert Dadd's work put his family in contact with contemporary artists and art patrons, and Richard may have received informal tutorials from some of his father's associates before he applied and was admitted to the Royal Academy in December of 1837 at age 20.

In 1842 Dadd traveled to the Middle East with his patron, Sir Thomas Phillips. The exhilaration of the journey was such that Dadd already doubted his own sanity on his return to London.

He entered the competition for the decoration of the Houses of Parliament, but after his design was rejected his mental health deteriorated, resulting in the murder of his father in August 1843.

Dadd fled to France but was arrested and admitted to Bethlem Hospital. His schizophrenia was recognised and he was extremely fortunate in being attended by sympathetic doctors who encouraged him to paint. Isolated from the world outside and from new developments in art, he fell back upon the themes of his sane period, historical and literary subjects, portraits and fairies.

Dadd's most extraordinary achievement is the enigmatic The Fairy Feller's Master Stroke (1855-64), a hallucinatory vision of fantastic creatures, seen as if with a magnifying glass through a delicate network of grasses and flowers. All are watching the fairy woodman aiming his axe at a hazelnut, a moment pregnant with never-to-be-explained significance.

His other is the oval shaped Oberon and Titania currently owned by Andrew Lloyd Webber (pictured in the black and white photo with Dadd).

Dadd spent the last 22 years of his life at Broadmoor Hospital for the Criminally Insane where he died in 1886. 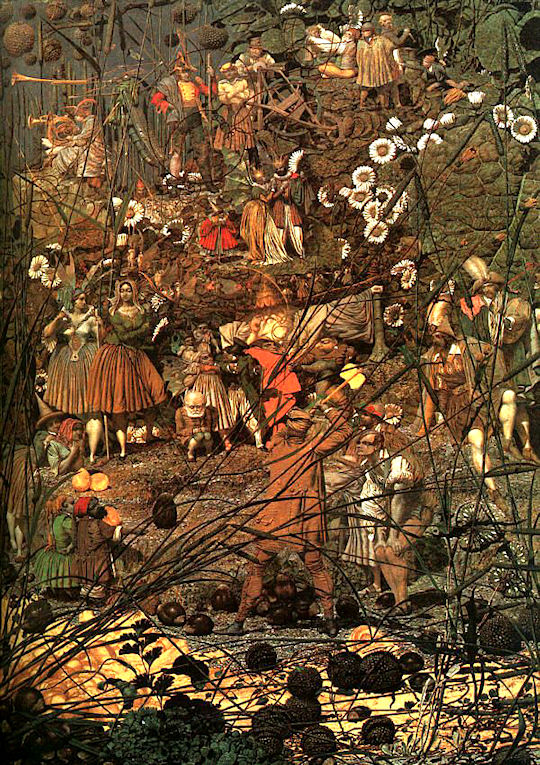 Banksy Off His Trolley», 1.1km