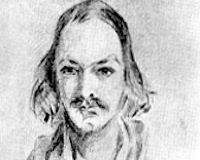 This is where Thomas Wainewright the poisoner grew up.

Description: Thomas Wainewright lived here after being brought up by his grandfather and his uncle Dr. George Griffiths, who knew some of the best artists and authors of the time.

He began to paint here, and even had some exhibitions, and he discovered he had a talent as an art critic like his Uncle. He met Wordsworth and William Blake, and many other celebrities of the time.

In 1821 he married, shy and poor Frances Ward but his paltry art sales couldnt stop him sliding into debt.

In 1828 Wainewright and his bride convinced uncle George Griffiths to let them come to live with him at Linden house. His mother in law died supiciously and other followed, inheritance fraud was proved, and he was eventually sent to Tasmania where he died.