This bridge was blown up in 1874 by explosives on a barge.

Description: A barge carrying gunpowder exploded on 2nd October 1874 at 4.55 in the morning, at Macclesfield Bridge.

Three of the crew were killed, the bridge destroyed and windows were blown out a mile away. It also destroyed the house of Alma-Tadema who almost certainly owed his life to a prior engagement.

The canal was closed for four days. Another of the barges was also damaged and sank.

This bridge has become known as Blow Up Bridge. 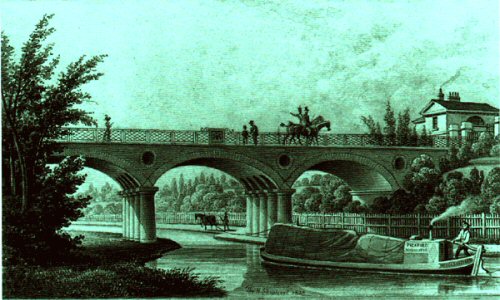